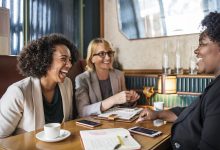 In recognition of SMEs’ impact on the emerging economy, the Nigerian government (at the state and federal level) alongside some various organisations, are creating enabling platforms for SMEs to thrive. Recently in Abuja, the National Agency for Science and Engineering Infrastructure (NASENI) signed a partnership deal with the government of Indonesia to empower SMEs in Nigeria.

According to Dr. Aliyu Maje Adnan Acting Executive Vice Chairman, NASENI, the partnership with Indonesia would facilitate capacity development on science and technology that would improve operations of SMEs in the country through the importation of technologies, engineering principles and practices for the production of equipment that will meet international standards as well as the sustenance of flourishing local capital goods or industry.

Though Indonesia is not considered as one of the leading countries in science and technology developments, there are many examples of notable technological developments and achievements contributed by Indonesians. Worthy of note is Indonesia one of few nations that have developed their own aerospace technology. In addition, the country is:

During the course of his visit, Harry Purwanto, Indonesian Ambassador, said the visitation was part of efforts to explore all areas of collaborations with NASENI. He further added that his country is specialised in building capacity on science and technology development.

the existing relationship with Indonesia will be strengthened and kept alive in order to move to the next level thereby allowing joint programmes that are beneficial to both parties. The focus on SMEs in developing science and technology will not only create wealth for the nation but also tackle unemployment and contribute to eradicating poverty.

Should everything go as planned, Nigerian SMEs definitely stand a lot to gain from Indonesia’s exposure.