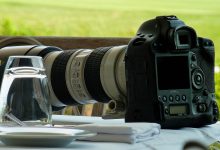 Nigerian startup Festivilia has launched its film festival distribution platform to enable filmmakers to subscribe and have their films automatically submitted to over 500 curated film festivals.

The platform’s goal is to save filmmakers the burden of blindly submitting their works to film festivals by matching films to relevant festivals and submitting automatically, increasing their chances of selection and saving them time and money.

Festivilia claims to have on board over 500 film festivals and has helped over 300 films get accepted into festivals so far. It has been possible because prior to the official launch, the startup has been testing its value proposition with the target market.

According to the Co-founder Tobi Ogunwande, Festivilia has a 70 percent acceptance rate, and also serves as a sales agent for filmmakers, liaising with content acquirers and helping filmmakers get distribution deals.

“It can be a very time wasting and boring activity, so I thought, why can’t we just have a universal platform where you only have to fill one submission form and your film automatically gets submitted. All you have to do is sit down, relax and receive festival acceptance notifications from time to time, as well as monthly updates on the progress of your film,” said Tobi Ogunwande.

Festivilia is headquartered in Lagos but serves filmmakers from all over the world. It operates a freemium model, but also offers subscription plans for filmmakers who want to get the best of its services. It also takes a percentage cut from the distribution deals it makes on behalf of filmmakers.

“We were curating film festivals from all major submission platforms, as well as the growing number of film festivals that use direct submissions, and we had to make sure we only select worthy ones as there are now a lot of fly-by-night film festivals. Other than that, we have received a warm reception from filmmakers, content providers, and film festivals so far,” said Tobi Ogunwande.