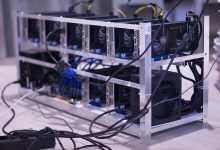 Africa Blockchain Lab has been under development a few months now but officially opens its doors last week, providing a space for companies and entrepreneurs building blockchain-based products and services of importance to African economies.

Yusuf Bashir, co-founder and chief executive officer (CEO) of the Africa Blockchain Hub was of the opinion that the present administration has paved way for the Lab to kick off by ensuring a stable economy.

“The Nigerian economy is the largest in Africa. Thanks to a new regime, we have a stable economy, which pulls along the entire continent. We are the place Africa looks to in terms of growth for the future. The transformative potential of blockchain is enormous, and we are confident that, working with Coinfirm, we can provide the testbed and support for today’s leading African blockchain companies, giving them the opportunity to become global leaders.

Here in Kaduna, Nigeria’s third-largest state in terms of population, and leading learning and innovation hub, we are extremely fortunate to have a governor who is not only supportive of what we are doing but had ensured we are backed by the Kaduna State Government,” says Yusuf Bashir.

While the Hub will focus first and foremost on solutions involved in improving financial inclusion; one first initiative offered by the Lab is Coinfirm’s AMLT Network, a system allowing people to report fraud and cybercrime related to cryptocurrency addresses and earn AMLT tokens in reward.

Grant Blaisdell, co-founder and chief marketing officer (CMO) at Coinfirm was of the opinion that KAD ICT Hub shares in their vision of bringing transformative, blockchain-based solutions to African markets, and have the local knowledge and expertise.

“A Silicon Valley out-of-the-box solution approach has generally not worked in regions such as Africa; it requires a ground-up, organic approach. Coinfirm has already successfully built leading blockchain solutions, the largest structured blockchain database and coverage, and the first blockchain lab for Central Europe. Now, working with KAD ICT Hub, who share our vision of bringing transformative, blockchain-based solutions to African markets, and who have the local knowledge and expertise, we are going to do the same in Africa,” says Grant Blaisdell.

Grant further said his company wants to work with, and provide opportunities for, African entrepreneurs working in one of the most exciting and disruptive fields.

The Africa Blockchain Lab will center around organizations attempting to change financial inclusion. While cryptocurrencies provide an option to fiat currencies, blockchains are decentralized, permanent and straightforward records, free from central control. This implies both are conceivably transformative innovations, despite authoritative governments, debasement, and economic exclusion.

It is imperative to state here that KAD ICT Hub was launched in 2017 as a leading centre for computer engineering, software development, and entrepreneurship. The launch of the Africa Blockchain Lab marks a watershed moment for companies and entrepreneurs working in the sector and region.