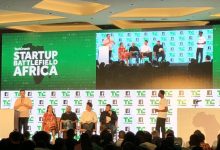 How You Can Apply for TechCrunch Startup Battlefield, Sub-Saharan Africa Edition

The first Startup Battlefield Africa was held last year in Nairobi, Kenya, that saw startups from across the continent highlighting how technology is optimizing supply chains, increasing access to education, strengthening farmers’ revenues amongst others.

TechCrunch will host the event in Lagos in front of a live audience and top judges, and the event will be covered on TechCrunch. The judges will choose a winner, “Sub-Saharan Africa’s Most Promising Startup,” whose founders will win $25,000 in no-equity cash plus a trip for two to compete in the Battlefield at TechCrunch’s flagship event, Disrupt 2019.

Fifteen startups will be selected to join us onstage for the Battlefield Africa in Lagos.

Also, applicants must be

Note that TechCrunch’s team will help prepare startups for the pitch-off with in-person training and rehearsal sessions will be required, as well as in-person rehearsal on Monday, December 10, 2018.