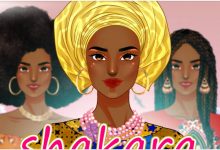 Lizzie’s Creations, the startup behind the AfroTalez episodic storytelling app, has rebranded as it launches its latest product. Lizzie’s Creations will henceforth go by the name, ZenAfri— a name which Chief Executive Officer (CEO) Elizabeth Kperrun-Eremie said enshrines its Afrocentric values and mission to create world-class applications with a unique African flavour.

“The rebrand was primarily inspired by the need for a name that on first glance reflects what we as a company are about. The word “zen” is interpreted as a state of “enlightenment” or “unique knowledge”, and so our new identity directly represents our goal of educating and creating enlightenment while promoting and staying true to our core African cultural heritage,” she said.

Almost the same time,  ZenAfri also launched its latest app, “Decisions: Cecelia’s Choices”— which is an interactive novel. It follows the story of a teenage girl in an African suburb and highlights the unique challenges she has to navigate through daily. The players make decisions that affect how the story unfolds, and they also get to experience some of the consequences of these decisions.

“I am extremely excited about Decisions – Cecelia’s Choices. It’s a project we had in the works for quite a while and it’s amazing to see it finally come to life. At ZenAfri, our goal is to educate while telling Africa’s rich stories and Decisions does just that,” Kperrun-Eremie said.

ZenAfri is of the opinion that by putting the players in the position to make life choices for Cecelia, the lead character, they create an experience that is a lot more immersive and entertaining.  It’s pertinent to mention that as with any of the products the startup has, there are also educational elements.

ZenAfri hopes that as players make these decisions it does not only entertains but inspires discussions on some of the unique challenges faced by young African women.