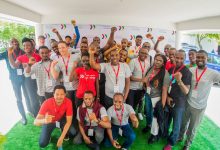 Google has announced the 11 startups selected to join the second Launchpad Accelerator Africa class, with applications to the programme spiking following the success of the first round.

Recall that Smepeaks reported Google’s call for applications from 18 countries across the continent to apply for its 2nd cohort Launchpad accelerator programme in June. The aim of Google bringing the Accelerator Programme to Africa is aimed at assisting startups in leveraging Google’s latest technologies to scale their businesses also with the aid of mentorship.

According to Google, application for the second edition of the accelerator programme increased with over 250 applications received. Out of which the 11 successful startups have now been announced, representing six African countries.

Nigeria leads the second cohort with four startups clinging on;

A startup each was selected from Ghana, Uganda, and Egypt – Ghana’s Chalkboard Education which is an m-learning provider,  Uganda’s EzyAgric, which improves access to finance, production and marketing services for farmers; and Egypt’s social video intelligence platform, Mintrics.

“The growth of entrepreneurship in Africa is critical to the survival of our continent,” says Fola Olatunji-David, Head of Startup Success and Services at Launchpad Accelerator Africa.

“We’re currently as a region creating about three million jobs per year, while more than 11 million job seekers are entering the market. Google believes that empowering entrepreneurs and startups is essential to drive employment growth, and enable both economic and social development on the continent.”

The startups will participate in three months’ intense mentorship and support from Google, including three weeks all-expenses-paid training at Launchpad Accelerator Africa; as well as access to Google engineers, resources, and mentors; inclusion in the Launchpad Accelerator Global Community; and Cloud and Firebase Credits.