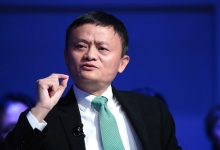 On Monday, September 10, 2018, Jack Ma, China’s leading business and eCommerce tycoon celebrated his 54th birthday with a surprising announcement.  He’s retiring as the Executive Chairman his e-commerce giant, Alibaba to focus on philanthropy.

Being one of China’s wealthiest, Jack Ma’s letter to Alibaba customers and shareholders garnered conflicting reports over the weekend on his untimely exit.  Though there are indications of Jack Ma remaining on the company’s Board of Directors till 2020, his position will be handed over to Daniel Zhang, who is currently the Chief Executive Officer of the e-commerce platform.

In the letter sent to customers, employees, and shareholders, Ma described the announcement as confirmation that Alibaba had graduated from being “a company that relies on individuals, to one built on systems of organisational excellence and a culture of talent development.”

Zhang joined the company in 2007 as the Chief Financial Officer of the Taobao marketplace platform and became CEO of Alibaba Group in May 2015.

He is credited with being a key architect of the Black Friday-inspired November 11 Singles’ day shopping bonanza, leading Alibaba’s expansion into logistics and its Amazon-like foray into offline grocery retail.

Here’s the  copy of the letter Jack Ma sent to customers, employees, and shareholders;

Today, as we mark the 19th anniversary of Alibaba, I am excited to share some news with you: with the approval of our board of directors, one year from today on September 10, 2018, which also falls on Alibaba’s 20th anniversary, Group CEO Daniel Zhang will succeed me as chairman of the board of Alibaba Group. While remaining as executive chairman in the next 12 months, I will work closely with Daniel to ensure a smooth and successful transition. Thereafter, I will stay on the Alibaba board of directors until our annual shareholders meeting in 2020.

I have put a much thought and preparation into this succession plan for ten years. I am delighted to announce the plan today thanks to the support of the Alibaba Partnership and our board of directors. I also want to offer special thanks to all Alibaba colleagues and your families, because your trust, support and our joint enterprise over the past 19 years have prepared us for this day with confidence and strength .. (Continue reading the letter here)

Alibaba is one of the world’s most valuable companies – its shares nearly doubled in value last year. Alibaba listed in New York in 2014 in what was then the world’s biggest initial public offering of shares. It reported revenues of $39.9bn for the fiscal year ended March 2018.