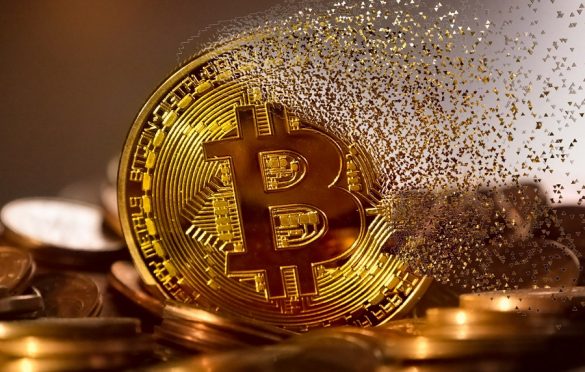 The advancement of blockchain technology has contributed a great deal to the development of cryptocurrencies.

This new currency forms have achieved a strong momentum worldwide and are being actively used by millions of people. Although Africa is barely ranked among the largest markets for cryptos, digital currencies represent a veritable revolution on the continent, with bitcoins leading the pack.

The AFRO is designed for Africa and dedicated to the continent’s economic growth and societal development. It will notably lower transfer and transaction costs, facilitate trade exchange between African countries and regions, and contribute to the financial inclusion of individuals and African SMEs.

Despite that mobile payments are widespread in Africa, interest grows exponentially on the continent for cryptocurrencies, possibly because they can be used to carry out secure, traceable and low-cost financial transactions.

Against the backdrop of numerous national currencies affecting trade and growth on the continent, the AFRO aims to provide a reliable, safe and secure solution suited to Africa’s development challenges.

According to its AFRO Foundation, the newly launched Pan-African dedicated crypto is a 100% Proof-of-Stake (PoS) environmentally-friendly currency. As such very little to no energy is required, as the latest blockchain technological developments are taken into account.

An amount of 750 billion AFRO was issued on 19th June 2018, correlated with Africa’s GDP and monetary stock, which symbolically equates to 600 AFRO per African inhabitant.

AFRO Foundation’s governance relies on a Founders Committee which was created to assist and support the development of the AFRO cryptocurrency. The Committee brings together experts and African and international personalities around a common cause, for the economic and societal development of the African continent.

AFRO’s Founders Committee is destined to expand, with a view to bringing together economic, political, financial, digital, cultural, academic, institutional, and civil society representatives from across the continent.

To mark the launch of the AFRO cryptocurrency and facilitate adoption, the Committee is mounting a major awareness campaign for a vast number of users to engage with the AFRO as a Pan-African, transregional currency. The first 200,000 users will receive a wallet containing 50 AFROs.

Considering that Africa is the global leader in mobile money and given the success of bitcoin and other cryptocurrencies that are recently emerging, could AFRO hold a promising future for the continent? Let’s know your thoughts in the comment section.

You can proceed to download your Wallet and get 50 AFROs from the AFRO Foundation website.  But do you think this will fly?