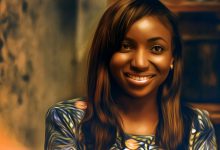 Across the world, local people are tackling the causes of violence at the root and rebuilding lives after a war that has torn communities apart. Tomorrow’s Peacebuilders is the global awards for local peacebuilding, to recognise the work of those taking a stand for peace.
Awarded annually, they offer international recognition for grassroots peace activists in conflict-affected countries worldwide.

Three winning organisations will each receive $10,000 and online promotion of their work, and $1,000 will be awarded to the winning photography prize.

Application
Entries for the 2019 Tomorrow’s Peacebuilders awards, including the photography prize, will be accepted from Wednesday, February 13 until Monday, April 15, 2019.