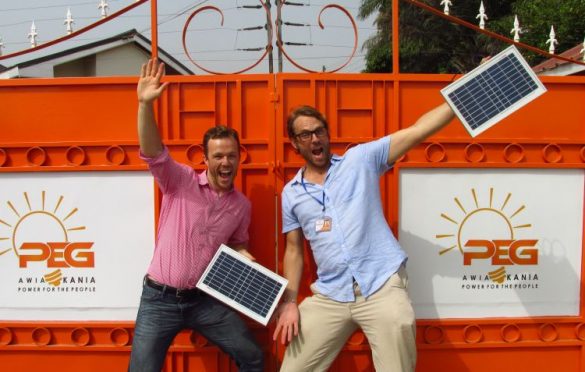 Ghana-headquartered pay-as-you-go (PAYG) solar company PEG Africa, announced  on Wednesday, March 20, 2019 that it has raised $25 million in Series C from existing and new investors towards the end of 2018, taking its total raised fund rounding up to $50 million following a $13.5 million round in 2017 and two other rounds in 2016.

PEG Africa uses a PAYG financing model to provide credit for solar home systems to underserved households in Ghana, Ivory Coast and Senegal serving over 60,000 households. PEG will use this latest financing to further establish itself as a market leader in West Africa, the company said.

“As the first PAYG financing company to set up in West Africa, we have always felt that we could build a large, profitable business by being laser-focused on financing the solar needs of underserved customers in this region. Our solar solutions deliver better, cleaner and cheaper energy to our customers, and we have been successful at expanding rapidly and profitably while improving the lives of some of the poorest and most vulnerable in the countries we operate in,” said PEG Chief Executive Officer (CEO) Hugh Whalan.

$20 million of the round is in debt, with CDC Group, a UK development finance institution, arranging a $15 million multi-currency facility. It is joined by existing lenders SunFunder and ResponsAbility, while the remaining $5 million comes in the form of equity investments from existing investors, such as Energy Access Ventures, Blue Haven Initiative, Total Energy Ventures and the Renewable Energy Performance Platform (REPP).

This facility is the first local currency debt provided by CDC to a solar company in the region and marks an important step towards reducing the sector’s exposure to currency fluctuations and increasing its long term financial sustainability.