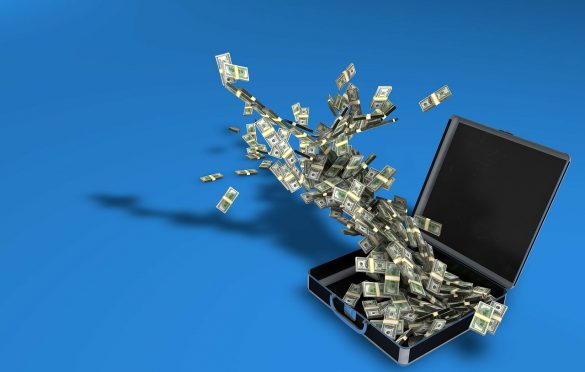 Seedstars has launched a pan-African venture fund to accompany its regional strategy. Below is the press release, as sent by the company.

Seedstars is partnering with First Growth Ventures to launch Seedstars Africa Ventures, a sub-Saharan Africa fund targeting $100mn to make early-stage minority investments from USD 250,000 to $5 million in the most promising and innovative ventures across sectors and countries. The fund is expected to make its first investments by the end of this year.

The partnership between Seedstars and First Growth Ventures was announced on April 4th, 2019 at the Seedstars Summit in Lausanne. The preeminent startup community for emerging markets active in over 80 ecosystems claims to offer unrivaled dealflow, market access and startup support programs. With activities in over 20 sub-Saharan Africa markets and physical hubs in key countries such as South Africa, Nigeria, Ivory Coast and Tanzania, the fund is being developed on strong foundations.

According to Seedstars, the First Growth Ventures founding team brings investment and support experience covering tech startups and high growth enterprises in Africa, Europe and MENA. The partnership structure allows for independent decision making, enabling the fund to target both Seedstars accelerated start-ups and other companies.

African growth has consistently exceeded that of developed economies in the past 15 years according to the World Bank, providing numerous investment opportunities. While later-stage funding is becoming increasingly available with analysts recording an increase of late-stage transactions of up to 45 percent in 2018, enterprises across the continent struggle to find long term, early-stage capital. Early stage transactions have only grown by 10 percent in 2018, emphasizing a VC gap for young companies.

“Seedstars has been working for 6 years to close the entrepreneurial ecosystem gap in emerging markets through various startup focused initiatives. Since 2017 we’ve been actively investing at a seed stage and although venture capital investment volumes in Africa grew to over a $1bn in 2018, Europe, a similar sized region, had volumes near $20bn. This fund will help reduce this VC funding gap and in turn contribute to reducing the GDP gap,” said Charlie Graham-Brown, the Chief Investment Officer at Seedstars.

The investment team’s experience in portfolio support and institutional fund management will be leveraged to accompany entrepreneurs in their growth. Entrepreneurs will also benefit from the support of Seedstars’ local and international networks, training programs and infrastructure which have so far allowed 44% of their cohorts to raise significant follow on funding, similar to what the best US accelerators have achieved.

“The challenge of providing quality early-stage support across the continent is one of the main reasons explaining the lack of early-stage funding at this scale. Partnering with Seedstars who has a demonstrated ability to assist companies where they need it most will help us bridge that gap,” says Tamim El Zein, partner at First Growth Ventures.

Most venture funds focus on finding the next African tech unicorn in only a few ecosystems, but unicorns are rare on the African continent.  Seedstars Africa Ventures will also be searching for “Gazelles”: post-commercialisation, scalable, high growth companies that are plentiful on the continent outside the three main VC markets. Some of Africa’s most successful companies have developed products and services addressing the needs of the entire population, beyond the digital frontier, and these ventures will also be on the radar for the fund.

“We strive to identify the best entrepreneurs irrespective of their sectors and countries, and evaluate their business based on their capacity to grow and dominate their markets. Overconcentration of investors on a few verticals and countries is leaving large untapped opportunities,” says Maxime Bouan, partner at First Growth Ventures.

This unique ability to invest in and accompany a diversified portfolio of early-stage companies throughout the continent is a game-changer in the venture space where such funds remain scarce.

“They tried to bury us, they didn’t know we were seeds.” – Mexican proverb

Seedstars is a Swiss-based private group of companies with a mission to impact people’s lives in emerging markets through technology and entrepreneurship. The groups’ activities cover over 80 emerging ecosystems through a variety of events such as the Seedstars World Competition, acceleration programs, physical hubs called Seedspace, venture capital investments and company building activities.

First Growth Ventures is an advisory firm founded by Maxime Bouan and Tamim El Zein. The firm builds on its founders’ track record in investment management (VC, M&A, banking, private equity, and debt investments) as well as growth support and entrepreneurial experience and capitalizes on their knowledge of African markets.