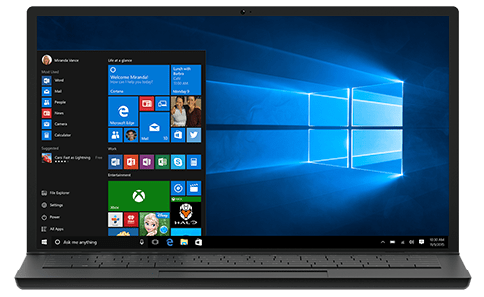 Why you should update your windows 10 right now

There is an urgency to update your windows 10 right now because Microsoft’s announced a virus that can spread to other parts of your computer on its own without you being able to contain it. It is a vulnerability that the company is currently combatting.

Windows 10, the most-sort after desktop operating system in the world right now, according to Net Marketshare, is said to have more than 800 million devices running Windows 10, leading many users are highly vulnerable.

Microsoft’s Director of Incident Response, Simon Pope, confirms this himself in a recent wrote in a blog post: “There are potentially hundreds of millions of vulnerable computers,”  Pope wrote. “It is important that affected systems are patched as quickly as possible because of the risks associated with wormable vulnerabilities like these, downloads can be found in the Microsoft Security Update Guide,” he said.

If you have updated your Windows 10, you don’t have to worry as your computer will not be affected. But, if you are yet to do so, here’s the process:

If you do not update it now, there is a high chance that this virus will damage your computer and you do not want that to happen.

At the moment Microsoft is investigating the problem affecting its users installing the KB4512508 update for windows 10 1903 and people whose computers are affected, complains that updates do not install, and error 0x80073701 is displayed.

The issue affects both windows 10 and windows server 1903. In the meantime, here’s how to manually install windows 10 updates.

I am a fun-loving Journalist with an uncanny nose for news. My views are always the end products of a deliberate search for information and knowledge. If you love reading, then you are exactly like me.