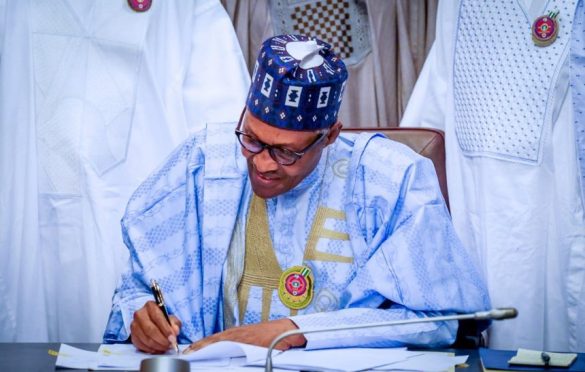 The new Finance Bill 2019 was signed into law on Tuesday, January 14, 2020, by President Muhammadu Buhari alongside the 2020  budget. The announcement was made by the presidency via his Twitter account.

Implemented with the sole purpose of reforming the country’s tax laws,  support MSMEs, generate more revenue for the government, and aid investments in infrastructure and capital markets the Finance Bill 2019 entails the following:

The company Income Tax (CIT) has been divided into three categories due to the new payment of tax:

Small Companies- these companies whose annual revenue is less than  ₦25m, would not be required to pay any form of tax on their income as the government.

Medium-Sized Companies- 20% CIT is been charged on these businesses that accrue between ₦25m to ₦100m revenue annually.

Large Scale Companies- a total of 30% CIT would be charged on these companies as they makeover ₦100m annually.

This would encourage investors to focus on small and medium companies, whilst also helping the businesses save and effectively utilise capital.

The Finance Bill would also be implementing changes to the Personal Income Tax (PIT), making it compulsory for anyone who has a personal account to have their Tax Identification Number (TIN). Read about TIN here.

To get your TIN number, fill out your application on the website.

In September 2019, the increment of VAT was proposed, from the standard 5% to 7.5% on all VATable items whilst a 5% charge was placed on online transactions. Tunde Fowler, the FIRS chairman, this increment would help the government generate more revenue for the implementation of budding projects. However, the new bill also increased the charge on online transactions from 5% to 7.5%. According to the finance minister, Zainab Ahmed, the increment in the VAT would help raise N8.155 trillion that would help fund the 2020 budget. She also stated that 15% of the capital raised would go to the Federal Government, 35% to the Local Governments and 50% to the states.