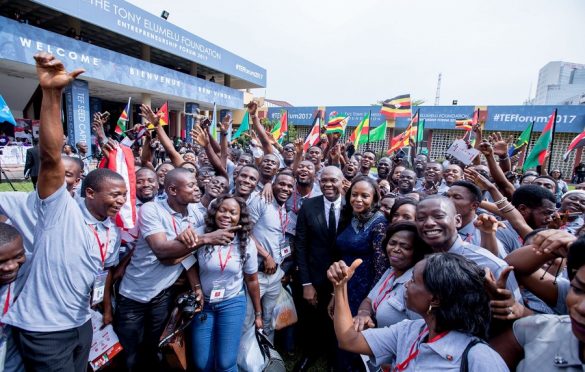 Running for the sixth consecutive season, the Tony Elumelu Foundation Entrepreneurship Programme has become one of the most remarkable philanthropic initiatives across the African continent.

While the application process has remained the same for years–applicants are screened, 1000 selected and awarded grants–the foundation is shaking up the process with changes that makes the TEF entrepreneurship programme look quite tougher.

Read Also: Why becoming the next Tony Elumelu Entrepreneur might be tougher than ever

This time, unlike before, applicants get immediate feedback, and successful applications move on to the next stage of training and mentorship. Those who scale through training tasks are invited to pitch their ideas before judges in their various countries.

Final beneficiaries will emerge after the pitching rounds.

Below is an official press statement received from the foundation:

We are excited to announce that the Tony Elumelu Foundation has made strategic changes to the TEF Entrepreneurship Programme Cycle. These changes, which took effect from January 1, 2020, will provide more value across the continent and achieve our mandate to transform the African continent through entrepreneurship.

This is one of the announcements heralding the 10th year anniversary of the Tony Elumelu Foundation.

What is different about the TEF Entrepreneurship Programme?

Here are other details of the TEF entrepreneurship programme changes. This official announcement corroborates our recent story on why becoming the next Tony Elumelu Entrepreneur could be tougher than ever.

Isn’t 2020 looking promising already? Did you anticipate these changes? Let’s know your thoughts in the comment section.