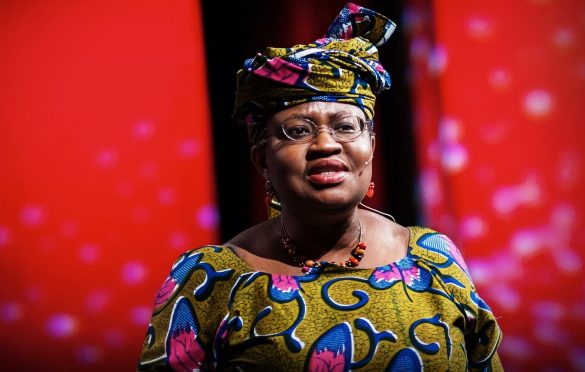 The Economic Community of West African States (ECOWAS), has announced the endorsement of Ngozi Okonjo-Iweala, as the Director-General of the World Trade Organisation (WTO).

This announcement was made known in a statement signed by the Chairman of ECOWAS and also the president of Niger Republic,  Mahamadou Issoufou. And it was made available by the Nigerian Ministry of Foreign Affairs on Monday, June 22 in Abuja.

The new development is coming barely two weeks after the Nigerian President, Muhammadu Buhari approved her nomination for the position of Director-General for WTO. The current DG, Roberto Azevedo will be stepping down by August 31 2020, hence the need for the nomination of candidates from all countries.

Read also: What you should know about WTO and Okonjo Iweala’s recent nomination as DG

In the press release statement of the Nigerian Ministry of Foreign Affairs published on Twitter, its spokesperson, Ferdinand Nwonye, noted that “The ECOWAS Authority of Heads of State and Government endorsed the candidature of Nigeria noting, her long years of managerial experience at the top echelon of multilateral institutions, her reputation as a fearless reformer, her excellent negotiating and political skills, her experience of over 30 years as a developmental economist with a long-standing interest in trade, her excellent academic qualification, her position as Managing Director World Bank, and currently as Board Chair, Gavi, and AU Special Envoy to mobilize financial resources for the fight against COVID-19.”

The ministry also mentioned that ever since the WTO has been created in 1995, no African country has been appointed the DG of the organisation. Consequently, it has called on other African and non-African countries to approve her candidacy.

Ngozi Okonjo-Iweala whose tenure is going to last between the period 2021-2025, if appointed, has taken to Twitter to show appreciation to the ECOWAS Authority of Heads of State and Government for endorsing her.

As the competition for the position of the new DG tightens, and Okonjo Iweala’s chances keep increasing, it will be interesting to see who wins the race.