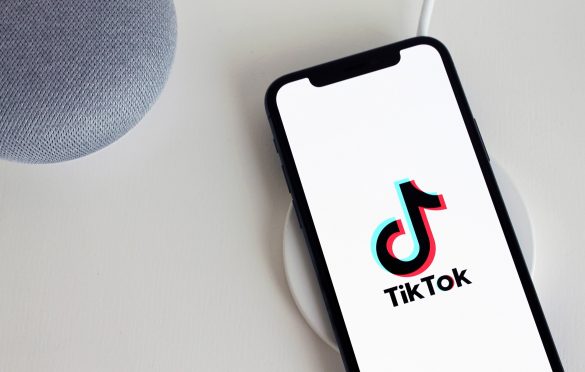 It’s a new quarter and the end of another busy week in the tech ecosystem. Here is a quick summary of some of the stories you might have missed, starting with how India bans TikTok.

TikTok, WeChat and other China-based app banned by the Indian government

TikTok, owned by a Chinese company, ByteDance, WeChat, and dozens of other China-based apps has been banned by India’s Ministry of Electronics and Information Technology.

In a statement released by the ministry, it was disclosed that “there have been raging concerns on aspects relating to data security and safeguarding the privacy of 130 crore Indians. It has been noted recently that such concerns also pose a threat to sovereignty and security of our country.”

“The Ministry of Information Technology has received many complaints from various sources including several reports about the misuse of some mobile apps available on Android and iOS platforms for stealing and surreptitiously transmitting users’ data in an unauthorised manner to servers which have locations outside India.”

This isn’t the first time India will ban TikTok. In 2019, the government directed Google and Apple to remove the app from their respective app stores because the Indian lawmakers claimed the app was “encouraging” pornography on its platform. The ban was thereafter lifted in a week.

Currently, the tension between India and China is reportedly on the high side considering that two weeks ago, there was a fight at the border of both countries, leaving 20 Indian soldiers dead.

In a way, the Indian government could be retaliating as India is a huge market for TikTok, according to SensorTower data in April.

Coca Cola joins Unilever, Verizon Honda on the #StopHateForProfit Facebook boycott with a pause on all social media advertising

The Coca Cola company says it will pause all paid advertising on social media platforms globally for at least 30 days starting Wednesday, July 1, 2020.

This new development from the giant soda company is part of a broader boycott of Facebook and Instagram organised by the Anti-Defamation League, the NAACP, and other organisations called the “Stop Hate For Profit” campaign.

The campaign is aimed at “asking all businesses to stand in solidarity with  deeply held American values of freedom, equality and justice by not advertising on Facebook’s services in July.”

Last week, Unilever joined Verizon as the two largest companies participating in the boycott. Also, Honda announced it’s joining the campaign as the company would pause advertising on Facebook and Instagram in July.

This move is coming after the African-focused software engineering firm closed all of its offices around the world to go fully remote. The company shut down operations in all its operating cities which include New York, San Francisco and Austin, Texas in the U.S., Lagos, Kampala, Kigali, Nairobi, Cairo and Accra in Africa.

In a statement shared with smepeaks, Jeremy Johnson, Andela co-founder and CEO says, “Over the past five years, we have become experts at identifying engineering excellence from non-traditional backgrounds. We know that there are extremely talented engineers across Africa and we believe that opportunity should not be limited by proximity to a major tech hub. Being a remote-first engineering organisation allows us to open up access to Andela for engineers across the continent.

By removing restrictions on location, we will double our pool of potential talent to the roughly 500,000 engineers in Africa who can now leverage Andela to work with top international engineering teams. Ultimately, our goal is to break down the barriers that prevent talent and opportunity from connecting by providing an easier, more efficient way for companies to scale global engineering teams.”

In an attempt to curb the spread of coronavirus that has altered many activities, caused a downturn in the economic growth and development, Facebook has said that it will add messaging to its News Feed and Instagram’s feed.

This message is set to encourage people to wear face masks. The notification will appear at the top of News Feeds on Facebook so users can be referred to COVID-19 Information Center. It also applies to Instagram, messages will have links to the Centers for Disease Control and Prevention for more information.

As at press time, there are over 10 million confirmed coronavirus cases, 5.48 million recovered and 516 million recorded deaths in the world.

If you’re familiar with Google Photos, you’ll realise that the social media folder which contains photos saved on your device from Facebook, Instagram, and WhatsApp are automatically backed up.

Right now, Google Photos says it will no longer backup images and videos saved from folders created and managed via social media apps by default.

Google mentioned that people are sharing more images due to the coronavirus pandemic and “to save internet resources, backup & sync has been turned off for device folders created by messaging apps like WhatsApp, Messages, and Kik.”

Though the feature is turned off, users can toggle it on for specific apps or run manual backups on specific folders.