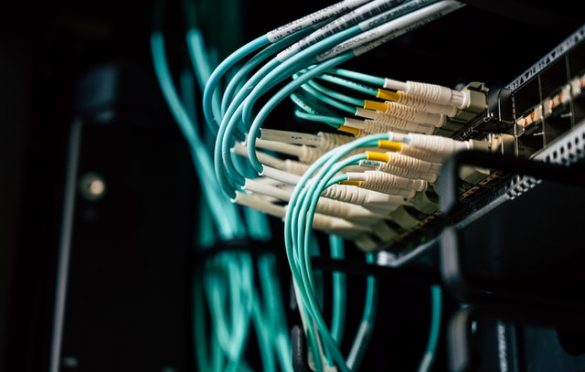 With the approval of the Fed. Govt. to commence the second phase of the National ICT Infrastructure Backbone(NICTIB II) project, we are set to expand our Fibre Network operations beyond the 17 cities we currently have our fibre in.#DigitalNigeria #GBBhttps://t.co/styp7BpPk1

In the agreement signed, China’s EXIM bank provided a $328 million credit facility to develop the National Information Communications Technology Infrastructure Backbone, NICTIB II. The project is directed at improving broadband infrastructure in the Northern parts of the country. The states include Abuja, Plateau, Gombe, Bauchi, Maiduguri, Kano and others in Northwest Nigeria.

The first phase of NICTIB I — came from Lagos to some parts of the South-South (Port-Harcourt and Calabar), South-East (Enugu), and North Central (Markurdi, Nassarawa, and Abuja) of Nigeria. While NICTIB II is the second phase of the National fibre project which has been ongoing around the country according to the Managing Director, Galaxy Backbone, GBB, Professor Mohammed Abubakar.

Over a decade since its debut, Galaxy Backbone — an organisation fully owned by the federal government of Nigeria but operates as a limited liability company — provides extensive ICT infrastructure and services to public institutions, under-served communities and other stakeholders. The agency is said to be within the ministry of communications and the digital economy is the digital infrastructure provider of the federal government.

Currently, the backbone has a monthly availability of 98% and its availability is expected to reach 99.9 at the end of phase II. Additionally, it is expected that the backbone would have increased to 3441 km of optical fibre traversing 41 cities including cities in the North East, North West and South West of Nigeria, according to the company.

Though this seems like a good move by the federal government, it will be interesting to see how the new development will improve tech innovation in the Northern states.