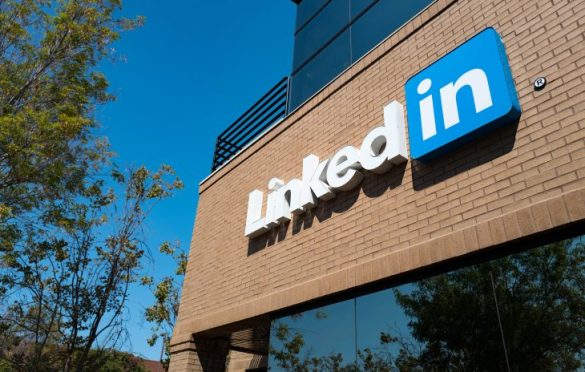 It’s been an interesting week in the tech and social media space. The popular reality TV show, Big Brother Naija kicked off this week and the rumours of Ramon Olorunwa Abbas, aka Hushpuppi’s release, also went viral on social media.

Without further ado, let’s take a look at the happenings around the African and global tech ecosystem this week.

The coronavirus pandemic has caused many companies to either lay off a large part of its workforce or shut down operations completely. In recent times, companies like Andela and Uber have shut down offices globally to go fully remote as well as dismiss staff respectively.

LinkedIn, a business and employment-oriented online service, owned by Microsoft have disclosed that it will fire 6% of its global workforce. The company stated that the coronavirus pandemic has affected the demand for its recruitment products.

Considering that many organisations are keeping their team slim this period, it can be deduced that to a large extent hiring has slowed down.

In an email to the employees, CEO Ryan Roslansky had said that “[LinkedIn] is not immune to the effects of the global pandemic. COVID-19 is having a sustained impact on the demand for hiring, both in our [LinkedIn Talent Solutions] business and in our company.

“There are roles that are no longer needed as we adjust to the reduced demand in our internal hiring and for our talent products globally,” and that these are the only planned layoffs.

It was also reported that LinkedIn is merging two media divisions — LinkedIn Marketing Solutions and the Talent Solutions business. This is to avoid “duplicating costly platforms, systems and tools internally.”

Facebook has hinted that its connectivity investment would grow Africa’s economy by $57 billion in the next five years. These findings were released from its Impact Connectivity Initiatives in Sub-Saharan Africa (SSA), in a study conducted by Analysys Mason.

It also found out that Facebook investments in infrastructure and connectivity across the continent will deliver economic benefits between 2020-2024.

In addition, the company said it was “focusing on providing financial and technical inputs that could make infrastructure easier and cheaper to deploy within the continent.”

“These efforts are part of a complex solution that requires all stakeholders — including mobile operators, infrastructure providers and governments — to work together for the common good. We are only 1% finished and remain committed to this exciting journey and working with all our partners along the way,” Facebook’s Africa Public Policy Director, Kojo Boakye said.

Vodacom plans to launch a fintech service in South Africa

In partnership with the Chinese eCommerce giant, Alipay, Vodacom wants to develop a super app that will launch in South Africa next year. The app will enable users to lend, shop, pay bills online, make payments and money transfer on the ‘super app’.  It will also be built to proffer small and medium scale businesses with lending and insurance services. Asides this, it will enable consumers to stream music and follow the news.

Though the app is yet to be named, it will be operated by Vodacom Financial Services while Alipay will be the technology provider.

Speaking on the announcement, Shameel Joosub, Vodacom Group Chief Executive Officer says, “This partnership is a significant milestone in promoting greater financial inclusion within the communities in which we operate, accelerating our financial services aspirations across Africa. We already offer South African customers an ecosystem of innovative digital financial services products, but this technology partnership with Alipay will enable us to be on par with leading global digital counterparts quicker and more efficiently.

“We see this as an excellent opportunity for us to reinvent the mobile fintech ecosystem for both consumers and merchants in South Africa and we look forward to achieving this by working with Alipay.”

Despite the fact that users can simply “choose to either start a cause or support an existing one”, Instagram has said that fundraisers will be evaluated to ensure they meet the existing guidelines and rules. Also, the company’s Facebook Pay app will be used for the donations to the fundraiser.

Though it’s just been tested in the U.S., U.K. and Ireland on Android, it’s only available on iOS with plans to expand the feature in the next several months.

Users with access to the feature can create a Personal Fundraiser, by tapping on “Edit Profile,” “Add Fundraiser,” followed by “Raise Money.” Then,  you’ll choose a photo, select the fundraiser category and input details to tell the story and encourage others to donate. Once approved, you’ll be able to raise funds for 30 days but the fundraising can be extended just once for 30 more days.

The Estonian ride-hailing platform, Bolt has launched a new ‘low-cost’ service, Bolt Go in South Africa. Reducing the fares approximately by 20% less than regular Bolt rides, it aims to be the cheapest ride-hailing service in the country.

Although it has successfully tested its new service in East London and Port Elizabeth, Bolt is rolling the service out to 35 cities and towns where its service is already in operation.

Conceding that the unemployment rate is currently on a high side in the country, this new service is looking to lower the barriers of ride-hailing platforms entry into the South African ride-hailing industry.  This is achieved by equipping owners and drivers of hatchback cars to access the Bolt platform and make revenue.