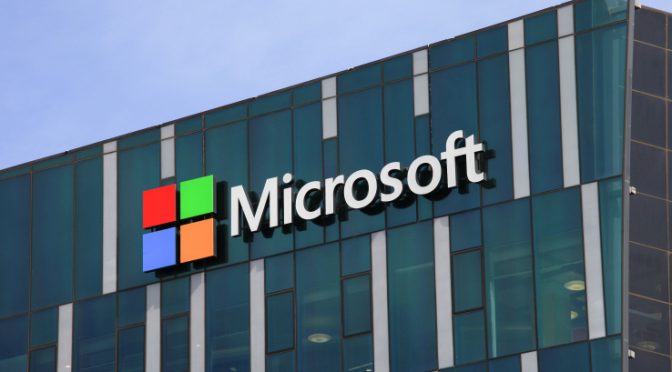 Why is Microsoft considering buying TikTok despite its numerous ongoing battles?

Subsequent to Microsoft’s CEO, Satya Nadella conversation with President Donald J. Trump, Microsoft posted on its business blog on August 3, that it will continue discussions to purchase TikTok in the U.S.

According to Microsoft, the discussions with ByteDance, TikTok’s parent company will be completed, in any event no later than September 15, 2020. It will also continue the conversation with the president and the U.S government.

“Microsoft fully appreciates the importance of addressing the President’s concerns. It is committed to acquiring TikTok subject to a complete security review and providing proper economic benefits to the United States, including the United States Treasury,” the statement reads.

The purchase will see Microsoft take over TikTok’s service in the United States, Canada, Australia and New Zealand and would result in the American multinational technology company owning and operating TikTok in these markets. As mentioned in the statement, Microsoft may also invite other American investors to participate on a minority basis in this stake.

This conversation about purchasing the Chinese-built app is coming as a ‘surprise’ considering that TikTok has been facing a lot of backlash from countries globally, especially in the U.S and India.

In 2017, the app was launched in the U.S markets and by Q3 2018, TikTok had become so popular in the states making it the most downloaded app. However, recently, on the basis that the app could be used by the Beijing government as a scrutiny and propaganda tool, the Secretary of State, Mike Pompeo in a TV news interview revealed that the U.S is “looking at” banning it. The president was also considering signing an executive order to ban the app, as soon as Saturday, August 8.

Similarly, India’s Ministry of Electronics and Information Technology placed an embargo on the use of the app in India. Before it got banned, the app had more than 200 million users in the country. Right now, Microsoft didn’t say anything about purchasing TikTok’s operations in India.

The Australian government is conducting investigations into the app as a result of national security and spying concerns. The European Union, Japan, Turkey, Pakistan and Indonesia governments also have concerns about TikTok.

Prior to this, TikTok, the social media app for making short-form lip sync, comedy, and talent video skits is doing well in numbers, ranking above YouTube and Netflix in some of the countries.

For in-app purchases, the numbers of TikTok and Douyin, another video-sharing app owned by a Chinese company, for April showed a tenfold increase to $78 million. This brought the apps ahead of older platforms like YouTube with close to $76 million in gross revenue and Tinder at $35 million.

A SensorTower data released in April revealed that the United States is the top three countries for downloads and it has up to 165 million installs.

A major problem TikTok has grappled with is data security which was part of the reasons it was banned in many countries. Bearing this in mind, the company said: “among other measures, Microsoft would ensure that all private data of TikTok’s American users are transferred to and remains in the United States.

“To the extent that any such data is currently stored or backed-up outside the United States, Microsoft would ensure that this data is deleted from servers outside the country after it is transferred.”

Previously, Microsoft acquired Minecraft, a sandbox video game developed by Mojang studios. A report has it that the acquisition has been a huge success as Minecraft has continued to grow and Microsoft has largely left the studio to continue to develop the game independently. In 2016, Microsoft also bought LinkedIn for $26.2 billion and so far it has paid off for the company. Furthermore, it obtained Nokia but The Verge reported that it has wasted at least $8 billion on its failed Nokia experiment.

In the same year that Zoom and Snapchat were launched, Microsoft purchased Skype for $8.5 billion in 2011. However, the acquisition appears not to be successful seeing that the video-conferencing tool has been relegated by Zoom, Google Meet, and others.