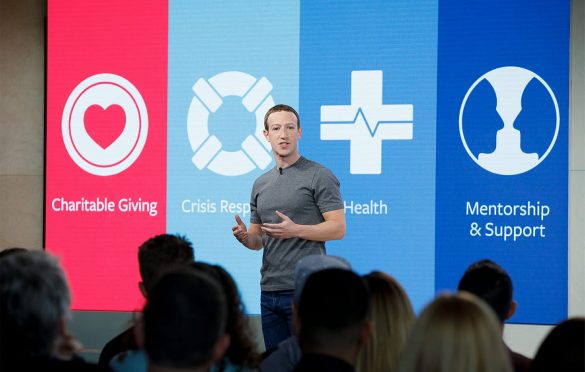 Facebook CEO, Mark Zuckerberg has joined tech giants, Jeff Bezos and Bill Gates as the only people who have the centibillionaire status according to the Bloomberg Billionaires Index.

This is coming after Facebook released a feature that’s basically known to be TikTok’s competitor, Instagram Reels.

Introducing a new way to create and discover short, entertaining videos on Instagram.

Reels is rolling out today to more than 50 countries around the world.

The new status implies that Mark who owns a 13% stake at Facebook is worth $100 billion for the first time as the shares in the social media platform increased by 6% despite investor doubts on the potentials of Reels.

Preceding this, there have been conversations around the U.S president, Donald J. Trump banning the video-sharing app — TikTok — on the basis that the Chinese-owned company allegedly shares information about America with China. As of August 1, the president meant to ban the app in the country until Microsoft got into a discussion with Donald Trump to consider purchasing TikTok’s operations in the U.S, Canada, Australia and New Zealand. However, he has given Americans 45 days to stop trading with the platform, setting a deadline for a sale of TikTok by its Chinese parent firm, ByteDance.

Read also: Why is Microsoft considering buying TikTok despite its numerous ongoing battles?

On the other hand, Reuters reports that Twitter has also indicated an interest in acquiring the U.S. operations of TikTok.

Facebook may have taken advantage of the numerous challenges TikTok is having in the country by rolling out Instagram Reels to 50 countries around the world. In recent times, Instagram reportedly persuaded TikTok’s content creator to its new platform by offering them incentives.

Interestingly, Mark seems not to be the only one having a good time this period. In recent times, the fortune of other tech giants has surged considering the coronavirus pandemic that has forced many people to work remotely and depend on the social networks for communication and entertainment. Earlier in the year, Mark’s net worth has risen by about $22bn while Bezos’s wealth has surged by more than $75bn.

Currently, Facebook is still gaining the attention of the public considering that the CEOs of the big tech companies, Amazon, Apple, Google as well as Facebook appeared before the U.S lawmakers on July 29 over antitrust concerns.