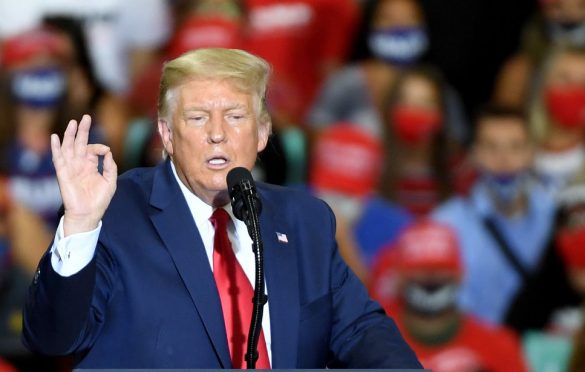 In the last few months, we’ve reported stories about TikTok and the ban threats it faced in India and the US. The United States’ president, however, gave ByteDance — TikTok’s parent company — an option to sell out its operations to avoid the ban. Here’s all we know about the deal so far.

Right now, Donald Trump has approved “in concept” Oracle’s bid for TikTok just before the imposed ban went into effect on September 20, 2020.

“I have given the deal my blessing. I approved the deal in concept,” the president said.

This is coming barely a week after we reported that TikTok chooses Oracle to become its “trusted technology provider”.

Recall that on August 14, Donald Trump signed an executive order giving ByteDance 90 days to sell its operations in the States or face a ban on the basis of security concerns that the personal data of users in the US were being shared with China’s Communist Party government.

However, this deal will see that Oracle and Walmart join hands together to form a new entity called TikTok Global and the company will be headquartered in Texas, United States. In a report by Bloomberg, Donald Trump noted that the company would hire up to 25,000 people and would contribute $5 billion towards US education.

On the other hand, ByteDance owns the majority stake in the company while Oracle and Walmart have rights to buy 12.5% and 7.5% respectively. Under the deal, Oracle will become TikTok’s “secure cloud technology provider” and Walmart will provide “eCommerce, fulfilment, payments and other omnichannel services to TikTok Global.”

In a joint statement released, Oracle and Walmart disclosed that four out of the five board of directors will be Americans.

Speaking on the deal, Oracle CEO Safra Catz mentioned that; “We are a hundred per cent confident in our ability to deliver a highly secure environment to TikTok and ensure data privacy to TikTok’s American users, and users throughout the world. This greatly improved security and guaranteed privacy will enable the continued rapid growth of the TikTok user community to benefit all stakeholders.”

However, it appears that the details of the deal are still undergoing a change as the Commerce Secretary Wilbur Ross said in a report that the ban on TikTok that was to go into effect September 20, will be delayed until September 27, 2020, at 11:59 pm.