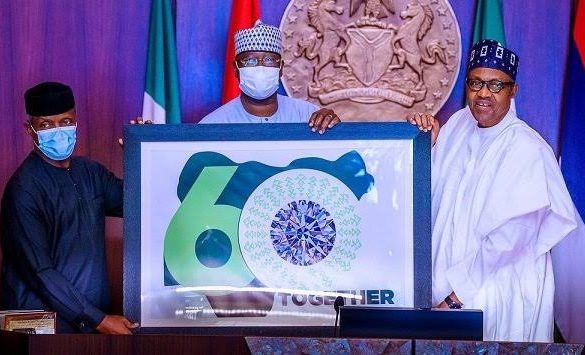 Nigeria @ 60: How Nigeria’s economy has evolved decade after decade since independence

As Nigeria celebrates its 60th year of gaining independence today, we looked at the country in retrospect to unearth how its business and economic landscape has evolved in the past six decades.

From 1960 till date, the Nigerian economy has witnessed several phases of evolution in its business sector. Although the journey to a better and more stable economy seems far from near (some even argue that the nation’s current economic state, compared to what it used to be, is only a mirage and has outlived its best days), Nigeria yet has a cause to celebrate its diversity and economic achievements in growth and development so far.

In the wake of the independence anniversary, we’re taking you down memory lane, to see how various sectors of the economy have gradually evolved as the decades rolled by. Let’s begin the trace from 1960. 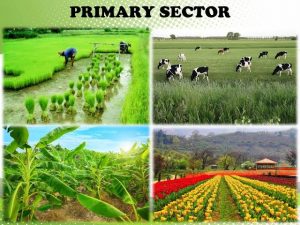 Right from the period of independence, Nigeria was one of the African nations to boast of a strong economy back then. The country had its primary sector as the economic behemoth recognised to be the largest employer of labour and income-generating activity in Nigeria — since it entailed both formal employment and informal employment.

At independence, the contribution of the primary sector to the GDP of Nigeria was about 70%.

Within the following decade, primary sector activities, such as farming, mining, fishing among others, were the mainstay of the Nigerian economy, providing food and employment for the populace, raw materials for the emerging industrial sector, and generating the bulk of government revenue and foreign exchange earnings. Businesses that thrived in this decade were importation and exportation, farming, trading, manufacturing, building construction among others.

The economy was divided into three sectors; primary, secondary and tertiary sectors.

During those periods, agriculture contributed about 56.96% to the Nigerian GDP. Although the hold of agriculture on the national GDP  has declined over time, chief among the then-cultivated crops included local raw materials like palm kernel, cocoa, cottonseed, and maize.

The manufacturing sector wasn’t left out. The production of foods, garments, textiles, machinery and equipment, chemicals, electrical appliances, non-metallic minerals, wood and its derivatives, metals and its products among others, made up about  6.53% of the GDP. Also, there was rubber and vegetable oil processing, tanning of hides and skins, sorghum malting, and soy milk processing.

Coming to the tertiary sector, services such as transportation, health, etc. accounted for  14.97% in the GDP of the economy, and the construction industry represented only 5% of the survey firms. Most of the firms were owned by domestic investors but all sectors participated in some exporting activities.

Some of the companies established in the ‘60s included; Guinness Nigeria plc, the United African Company, energy projects such as the Kainji dam and the Ughelli thermal plants, an oil refinery, a development bank, and a mint and security company. Here comes the next decade. 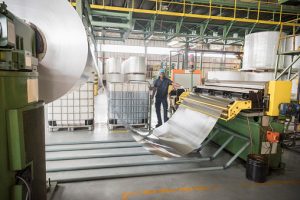 In this decade, there was a shift in policy from private to public sector-led industrialisation, and foreign exchange. The GDP contribution of the primary and secondary sectors declined to 62.10% and 12.14% respectively, while the tertiary sector increased to 24.58%.

The following took place during this era:

Despite a lack of executive capacity in the country, the emphasis remained on public sector investment in industry, especially heavy industries. With easy access to foreign exchange, private firms opted for investments in the light industries, which included; manufacturing of clothes, shoes, furniture among others. These were low technology consumer industries that were heavily dependent on imported machinery and raw materials. 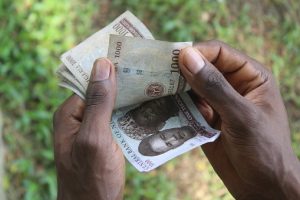 This decade witnessed a global economic recession, leading to the decline of foreign exchange earnings, the balance of payment disequilibrium and unemployment in the Nigerian economy. The recession wave left the following effects:

In a bid to solve the problem of recession, a framework was adopted in 1986. This was called the structural adjustment programme (SAP), which consisted of loans from the World Bank to help improve the economy.

The success of this framework led to the development of science and technology. Industries such as National Steel Council, Dangote groups, Ajaokuta Steel Company Limited, Associated Ores Mining Company Limited among others, were created, and new products were manufactured. These included; plastics, aluminium goods, garments, sugar, shoes, paper and cement among others.

Innovation was absent in this era of industrial development, hence, science and technology were poorly grasped. 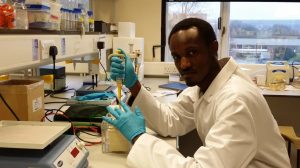 In this decade, the need to link the science, engineering and technology sectors to fit within industrial and economic development endeavours became highly necessary.

The Bank of Industry (BOI) established in 2000, was introduced as a development institution to accelerate industrial development through the provision of long-term loans, equity finances and technical assistance to industrial enterprises.

To complement the BOI, the Small and Medium Industries Equity Investment Scheme (SMIEIS) was also established, with an objective to assist in the coordination of the scheme and a guideline that 60% of the SMIEIS fund should go to the core real sector.

Information and communications technology (ICT) sector also came into existence in this decade. Otigba Computer Village, the first Information and Communications Technology accessories market, located in Lagos, Nigeria, was established in 1995. The market comprised over 392 SMEs, employing more than 3,000 workers.

This era witnessed the birth of the internet. Google, Twitter and other social media platforms, such as Facebook, MySpace, Hi5 among others were introduced, leading to the development of online businesses.

Gradually, the structure of the economy became more diversified. With the results of the new GDP, agriculture now represents 22% and the services sector, which includes communication, finance, insurance, arts and entertainment, real estate, public administration, education and health services account for 51% GDP. Other sectors, including oil and gas, manufacturing, telecom and Nollywood accounts for 15%, 6.7%,  8.7% and 1.2% respectively. 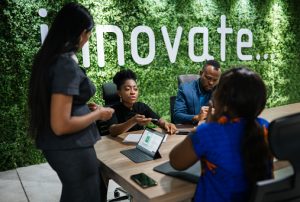 Services gradually became the largest sector in this decade, accounting for 50% GDP. This has led to an innovative and entrepreneurial culture, witnessing the emergence of over 30 million MSMEs. Information, telecommunication, financial services, and technology, are some segments growing rapidly in the service sector.

Technology is being utilised in the daily operations of businesses, enabling ease of access and product delivery. Food ordering applications, taxi booking applications, e-learning platforms, retail product design among others are in use.

Nigeria is gradually advancing to the zenith of economic development, but the public and private sectors have a big role to play in making this a reality. Good governance and the best economic approaches are other major drivers for an overall economic boom.