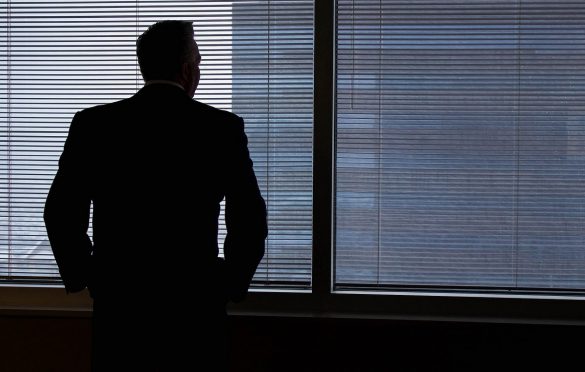 Seriously, everyone must not be a “startup founder”

It’s over a decade since the “startups bubble” in Nigeria, with Lagos being the frontier city. While quite a number of innovative startups have sprung up, we cannot overrule the fact that many quacks exist — those who aren’t solving practical problems or believe that owning a WordPress-themed eCommerce website is tantamount to “an innovative business”. And somehow, this category far exceeds the main guys. Makes one wonder why such crave to bear the “startup founder” title.

Possible reasons come to mind — an absolute desire for recognition or relevance, lack of understanding, wrong motives, misplaced priorities, gross misinformation on perks (as seen with fundraising), undue self-pressure and a number of other mundane things. For some persons, it’s just to relish hype, despite that it quickly fades away.

Well, the good news (you may not want to hear) is, being a startup founder isn’t the peak of achievements (you should probably bookmark this). And, not everyone is cut out for entrepreneurship even though everyone is encouraged to be entrepreneurial — these are two different things.

Moreover, there are numerous ways to find relevance — have you, for instance, tried caring for your neighbour? If anything at all, you should know by now, that the entrepreneurial journey isn’t a walk in the park. While a lot of persons have natural doggedness to push through rough terrains and imagine the impossible (like Elon Musk trying to colonise Mars), others will do just nicely in already established workplaces (like Sundar Pichai of Google).

But beyond natural qualities, there’s a lot of reasons you should really think twice before boxing yourself into the often daunting entrepreneurial race. Hopefully, the points we’ve listed will help you define your place and clear up any previous misinformation you may have had about being a startup founder. Let’s indulge.

Sacrifices are beautiful when at the end they are rewarded. But in the business world, that’s not always the case. More often than not, evidential results may be withheld despite the impactful efforts, especially at the early stages — mostly between one to three years of business commencement.  And this could prove really daunting, considering that not everyone is wired to venture continually on the path of sacrifices without expecting positive outcomes.

Therefore, you need to take an inventory of yourself. Do you have what it takes to keep on amid non-glaring results? If you search through history for the most successful business owners, you’d realise that only very few individuals crave such path because they’ve made up their minds for it. They persistently sacrifice, knowing that for every sacrifice, there are invaluable lessons gained.

So, there you have it. Can you risk it all to learn a few life-changing lessons, which may not be appreciated by others?

You need to really think this through. The profits or the lessons?  Most times, you can have both, but, there’s a catch. It’s called consistency.

The limited art of consistency and repetition

“The art of consistency wearies an unfocused and unwilling heart.”- Anonymous.

Consistent and aggressive repetition of learning, creating, executing, iterating, failing, succeeding, and failing again isn’t a venture wired for everyone. If you’re weak in heart and easily get worn out by challenging scenarios, this isn’t for you. We’ve all heard about that story of Thomas Edison attempting the lightbulb for about 1000ĺ times. Be it true or not, there’s a lesson in there, and that’s continuity. Usually, to continue in a quest isn’t so interesting, because, at every turn, you’re trying to make your previous attempts better by improvising, but guess what? There’s no guarantee that the new method will work either. And here’s entrepreneurship telling you to keep at it. It could be frustrating, most times. Definitely not for the faint-hearted.

So the question is, are you cut out for consistent processes? Note, this route could be both mentally and emotionally draining. It’s also physically taxing because most of the time, you’d be doing this alone.

(Nearly) Everyone has the desire, but not the prowess

Let’s face it, not everyone possesses the traits for starting, running and finishing a project. While this may sound awkward, it’s the truth. Even in industries, you’d find a lot of folks pushing themselves too hard to become innovative meanwhile their forte is in customers success.

Everyone has a measure of weaknesses and strengths. You need to identify yours to understand what part of the value chain is your best play. Some folks are wired to be helpers, builders, followers, executors while others will do well as idea generators, innovative thinkers, strategic planners, and the list goes on.

Starting and finishing an idea from scratch is no easy feat. A major source of concern here is the drive of an idea. Having an idea doesn’t translate to having the prowess, buddy. You could have an idea but lack all that’s required to execute it.

Creating and executing a plan or an idea from scratch is not an easy task. Basic features of strong will, patience, persistence must be at pal with a strong sense of self-awareness, direction and discipline which a good number of people out there lack. The ability to stay focused, access required resources, connect the dots, pay attention to details while seeing things from different viewing points is key to successfully birthing an idea into reality. Sadly, not everyone possesses this ability, and another crucial skill, deep thinking.

The boring ways of in-depth thinking and analysis

Thinking or undergoing a repetitive analysis process is as boring as a Wakanda without Vibranium. A favourite quote from Henry Ford comes to mind at this point — “thinking is the hardest work there is, which is probably why so few engage in it.” If we’re being honest, we wouldn’t but agree with Ford.

Another bit of honesty one shouldn’t be shy of admitting is, not everyone is wired to think deeply and develop solutions for critical conditions. So, the error creeps in when intending entrepreneurs fight so hard to become what they lack the capacity for. If you’re one that holds on so badly, and do not know when to let go, or give others the chance to scale what you can’t, then a devastating outcome is imminent. It’s easy to end up creating a big mess in the name of doggedness.

A race, not to the swift

You know, there’s a new definition of the infamous “rat race“. And it’s no longer limited to the traditional 9-5 jobs. Nowadays, owning a business could be the fastest route to the frantic rat race. Especially when your day-to-day activities become a routine.

It’s an ironic scenario. Many would-be entrepreneurs quit their paid employment to avoid the rat race but end up starting a business that buries them deeper than ever, in the same race. It is quite unfortunate.

If you examine it critically, there’s a long trail of impatience lurking around such budding entrepreneurs. Now, here’s a breaking news; impatience isn’t healthy for entrepreneurship. And there’s a thin line between speed and being impatient. It’s important not to get it twisted.

The successful startup founders we look up to today, from their lowest levels (some did menial jobs) to owning larger corporations, have paid the dues of patience and diligence — a trait found only in very few aspiring startup founders.

The bottom line is, do not confuse hastiness and impatience for the need of speed. Moreover, unlike paid jobs, there are no strict deadlines or options of losing your job in the entrepreneurial path. So, why the rush?

This is the most important question every entrepreneur should first answer before embarking on a startup journey. What’s the underlying reason for setting out on your venture? You should know that every founder we so much celebrate today had to get their reasons right before launching out.

For instance, Mark set out on the Facebook journey simply because he wanted to connect the world together. He possibly never envisaged being the 6th richest man on earth at the onset. But look where he is today.  Interestingly, Facebook has had its share of money crisis (we’re talking about billions here), yet, the company is still pushing on. This is exactly what happens when one sets out with the right agenda. The question is, what’s yours?

If money is your primary goal, then it’s so easy to throw in the towel when you hit a roadblock or run out of cash. Again, what’s your vision and your mindset? Have you gotten it right? What’s your ‘why’?

In all, being a startup founder or owning a multi-billion dollar business is not as easy as it looks. Hundreds of misinformed folks give up in the process and that’s not a story you want to add to your plate. The best way is to thoroughly drill yourself, examine your strengths and flaws, then give answer the critical areas we’ve listed above.

Remember, you need not be an entrepreneur or startup founder to make a tremendous impact. You can be the next Satya Nadella or Sheryl Sanberg, effectively working with others to make impact. But if you’re trying so hard to be Mark Zuckerberg, it may be easier to start selling refrigerators to Eskimos.

I'm an advocate of values ... I love creating value-centric content with my pen, pictures and videos as an expressional tool birthing into reality novel concepts of creative minds.