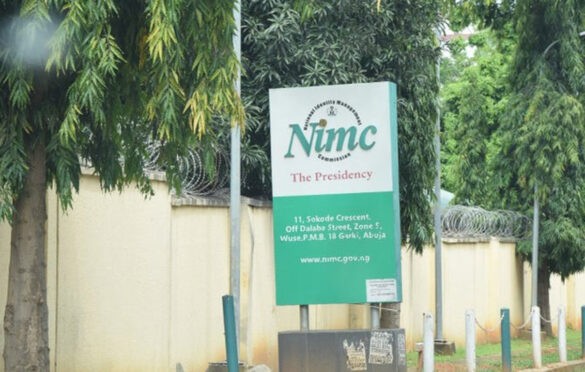 Workers of the National Identity Management Commission (NIMC) have suspended the ongoing strike they commenced on Thursday. The industrial action was placed on hold sequel to an indoor meeting of NIMC stakeholders with the Federal Government on Friday.

“So, we will be meeting with the minister on Tuesday and on that note we’ve called off the strike and all workers will return to their offices by Monday morning.”

Asekokhai also mentioned that the Trade Union Congress — the mother body of ASCSN — was part of the meeting with the government, and a 21-day ultimatum was served the management of NIMC based on the issues of welfare and safety against COVID-19.

The strike action which stalled the mandatory National Identification Number (NIN) registration for millions of Nigerians was necessitated by many challenges such as staff welfare and fear of exposure to the new variant of Covid-19, responsible for the recent high rates of deaths across the country.

Previously on smepeaks: Nearly 2 decades post-Paypal exit, Elon Musk becomes richest man in the world. But for how long?

Justifiable as the NIN registration pause seemed, it didn’t prove enough to quell the rising frustration of over 100 million Nigerians, who are at the mercy of the slated deadline for NIN enrollment– February 9, 2021. Recall that, in the past year, the Nigeria Communications Commission (NCC) had issued a two-week ultimatum, ordering telcos to block users’ subscriber identification module (SIM) cards that are not linked with their NIN. This directive has not only caused telcos to painstakingly verify their users’ data but also sparked panic and concerns amongst Nigerians who thronged in hundreds to various NIMC centers across the country with little or no adherence to social distancing.

Although the deadline was later extended by two months from December 2020 to February, 2021, it’s amidst perplexing questions in the hearts of Nigerians as they remain puzzled at the entire process, questioning the government’s rationale for such exercise at a precarious time of the current Covid-19 pandemic. Ironically, the NIN registration process was abruptly truncated as the pandemic tops reasons cited by the NIMC employees for embarking on their strike.

While Nigerians still struggle to make sense of this, there’s the other side of the coin to contend with–levied charges on National ID renewals/modifications.

Prior to Thursday’s strike outburst, the NIMC had stated that application for the NIN will attract varying charges from ₦5,000 ($12) -₦15,000 ($38). Although Funmi Opensanwo, NIMC regional coordinator in Lagos, says the surcharge is fixed on correction of details like name, date of birth, card renewal or replacement and address, the new update may not have taken into account the millions of Nigerians who are unable to afford such a sum.

In the past years, Nigeria has been consistently ranked amongst the poorest nations of the world. This is not to mention the World Bank’s continuous data of many Nigerians living below the poverty line and barely surviving on $2 a day. And with the continuous naira devaluation–currently ₦460 – $1 in the open market— the line of hope may be fading faster for millions at the grassroots.

Over and over again, Nigerians have decried that the government barely take its citizens into consideration when making policies. For instance, following the extremely short window for NIN-SIM linkage, Nigerians took to Twitter and traditional media to express their displeasure that such urgency may heighten panic and facilitate the spread of Covid-19. And now, the questions of affordability amidst inflation, poverty, hunger and uncertainties form the basis of arguments in many communal settings across the country.

Given the glaring realities and current statistics, the question of whether or not millions of Nigerians may afford $12-$38 fee for renewal or corrections on their National IDs has a clear answer. What seems unanswerable however is, what becomes the fate of Nigeria’s struggling masses who account for more than 60% of the nation’s population in the continuous wake of policies with little or no consideration for citizens?

I'm an advocate of values ... I love creating value-centric content with my pen, pictures and videos as an expressional tool birthing into reality novel concepts of creative minds.