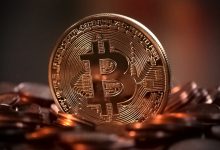 BitSika a platform which enables users to buy large and small sums of bitcoin instantly via web or USSD has launched in Ghana. BitSika allows both connected and unconnected users to buy and sell bitcoin, and also acts as an e-wallet platform.

According to its founder, Atsu Davoh the idea to launch in Ghana came after realising that the large bitcoin community in Ghana was without any local platform.

“In Ghana, you can’t buy large sums of bitcoin from one source at once. You have to buy smaller sums from different places, at different time intervals. Buyers therefore never get their coins on time and the coins are usually too expensive. Also, the millions of Ghanaians who do not have internet are prevented from engaging in this revolution.” he said.

BitSika is in the process of raising $100,000 seed round which it hopes will fund its mission to lead Ghana’s crypto space. Davoh said the team had been encouraged by the early uptake of the platform.

In less than two days, there were over 200 requests to join. The team anticipated 20. The increasing number of new users meant that we had to increase the RAM of our web server to handle the traffic

Also due to unexpected requests, BitSika also ran out of free bitcoin wallet addresses to give out to new users because they had exhausted all the addresses given to them by the API startup.

They also refused to charge users for addresses because that was not part of the initial plan. Users kept coming in and their orders kept increasing past what was normally allowed through MTN mobile money.

With this encouraging turnout, the startup plans to build expand to the rest of West Africa once it has perfected its model.

BitSika customers are charged 3% commission on any purchases made through the platform, which Davoh said was lower than international competitors.