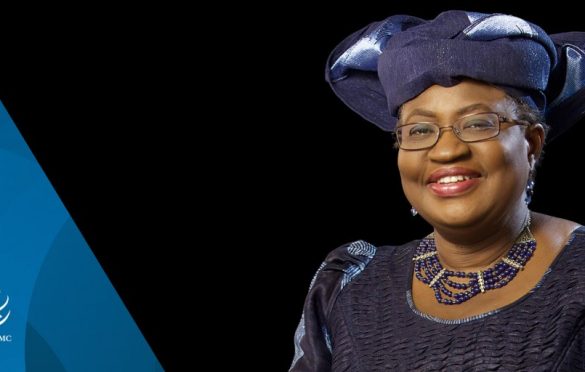 Come August 31 2020, Roberto Azevedo will be stepping down from his role as the Director General (DG) of the World Trade Organisation (WTO). The DG has resigned a year before the end of his second term amid the global financial crisis caused by the coronavirus outbreak.

Consequently, the Geneva-based organisation responsible for dealing with the rules of trade between nations has begun the selection process of a new DG in place of Roberto Azevedo of Brazil.

The nomination process was opened on June 8, 2020 and it’s slated to end on July 8 while the election for the new WTO chief is scheduled for Geneva, Switzerland in 2021.

Prior to the election, the government of each country will nominate a candidate to the World Trade Organisation. In this light, the Nigerian President, Muhammadu Buhari approved the nomination of Ngozi Okonjo-Iweala for the position of Director-General for WTO.

However, the president had withdrawn the candidacy of Yonov Frederick Agah, Nigeria’s permanent representative to the WTO and WTO’s Deputy Director-General, to approve Ngozi Okonjo-Iweala.

Recall that Ngozi was the former finance minister of Nigeria and has also served as Managing Director of the World Bank. She currently sits on the board of the bird app, Twitter.

Following the nomination, selected candidates will introduce themselves to the WTO’s 164 members the week after, to present their views as well as take questions from the members.

Considering that the coronavirus pandemic has limited international and local movements, the presentations will likely be done virtually.

Once a consensus has been reached, the winner will be selected and will serve a four-year term: 2021 to 2025.

What you should know about WTO

On January 1, 1995 under the Marrakesh Agreement signed by 123 nations on April 15 1994, the World Trade Organisation began operations. It replaced the General Agreement on Tariffs and Trade (GATT), which commenced in 1948.

The WTO is the largest international economic organisation in the world and it’s saddled with the responsibility of regulating international trade between nations and also intellectual properties.

It provides a framework for negotiating trade agreements and a dispute resolution process aimed at enforcing participants’ adherence to WTO agreements. These are signed by representative members of each government and approved by their parliaments.