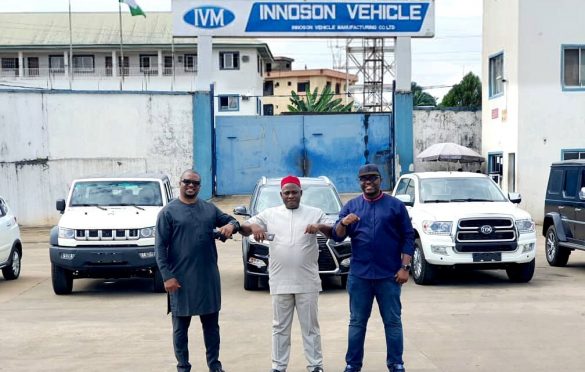 Bus-booking platform Plentywaka has partnered with Innoson Vehicle Manufacturing (IVM), an indigenous automotive manufacturer to expand its reach into the Southeastern states in Nigeria.

This development is coming two months after Plentywaka secured a $300,000 pre-seed investment in a round led by EMFATO, Microtraction and Niche Capital. According to the company, the fund raised will be used for its extension into Nigeria’s capital, Abuja and other states in the country.

True to its words, the partnership with IVM is expected to help the company break into South-eastern Nigeria by increasing Plentywaka’s fleet with new vehicles starting from Delta state in the last quarter of 2020.

Considering that Plentywaka also played into the Nigerian logistics industry with the debut of its ‘Logistics by Plentywaka’ (LBP) solution, it’s quite apparent that the company isn’t resting on its oars in the bus-hailing industry.

The co-founder and CEO of Plentywaka, Onyeka Akumah stated that the partnership is a major step towards developing a reliable transport system built by Nigerians for Nigerians.

“We know what our people want and we know what they deserve – a safer, more comfortable and efficient means of transport and as the traction in our first year shows, we have the technology to make this a reality. With IVM on board, we’re breaking into new territory so riders in the South-eastern states are not left behind,” he further said.

In the last few months, Plentywaka has recorded notable growth and also widening its horizon into other markets. The company has reportedly completed over 200,000 and more than 40,000 app downloads within its first year of operation.

Dr Innocent Chukwuma, co-founder and CEO of IVM noted that the company has monitored Plentywaka’s progress since its launch in September 2019.

“With our manufacturing expertise and Plentywaka’s strengths in tech and customer service, we are very confident we can achieve this and look forward to a long and successful relationship,” he added.