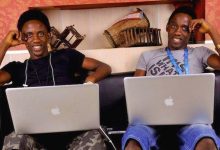 Publiseer Announces Expansion to South Africa, the Country of Its Name

Publiseer recently took to its Facebook page to announce its third expansion outside its home country, Nigeria.

This time, the digital publisher expands to South Africa, the country from which the word ‘Publiseer’ originates. Prior to the expansion, the digital publishing platform had expanded to other African countries, Ghana, and Kenya — the former being Publiseer’s international debut.

“When naming the platform, we brainstormed and played around with a couple of words. Many words from different languages, but the name Publiseer really stood out. It stood out in many ways. One, it was just a letter different from the word Publisher and it also means publish in Afrikaans, a language spoken in South Africa and Namibia. Finally expanding into the South African market is a dream come true. Hopefully, we get to make several milestones here as we’ve done in Nigeria.” Chidi Nwaogu, Co-founder/CEO of Publiseer  “

The book publishing and music industry in Africa is very large.

Launched on August 4, 2017, Publiseer publishes, protects and monetises the creative works of writers and musicians from low-income communities in Africa, at no charge.

Since inception, the founders claim Publiseer has published 133 books and 518 tracks by 121 authors and 240 musicians respectively, thereby generating over $3,000 in monthly revenue. Publiseer has received several awards and recognitions during the past year, which include being nominated for the 4th AppsAfrica Innovations Awards, being the first African publisher to be inducted into the International Publishing Distribution Association (IPDA).

The digital publisher came into the limelight when it emerged a finalist at the 2018 Harvard Business School New Venture Competition and got accepted into the Venture Incubation Programme by the Graduate School of Business, University of Cape Town — all of which contributed to Publiseer’s limelight.

With this new expansion, Publiseer’s authors and musical artists from South Africa will get customer support directly via +27 64 396 8857 and probably ditch emailing and chat messaging which they used before now.